Rewrite Your Story and Find the Silver Lining 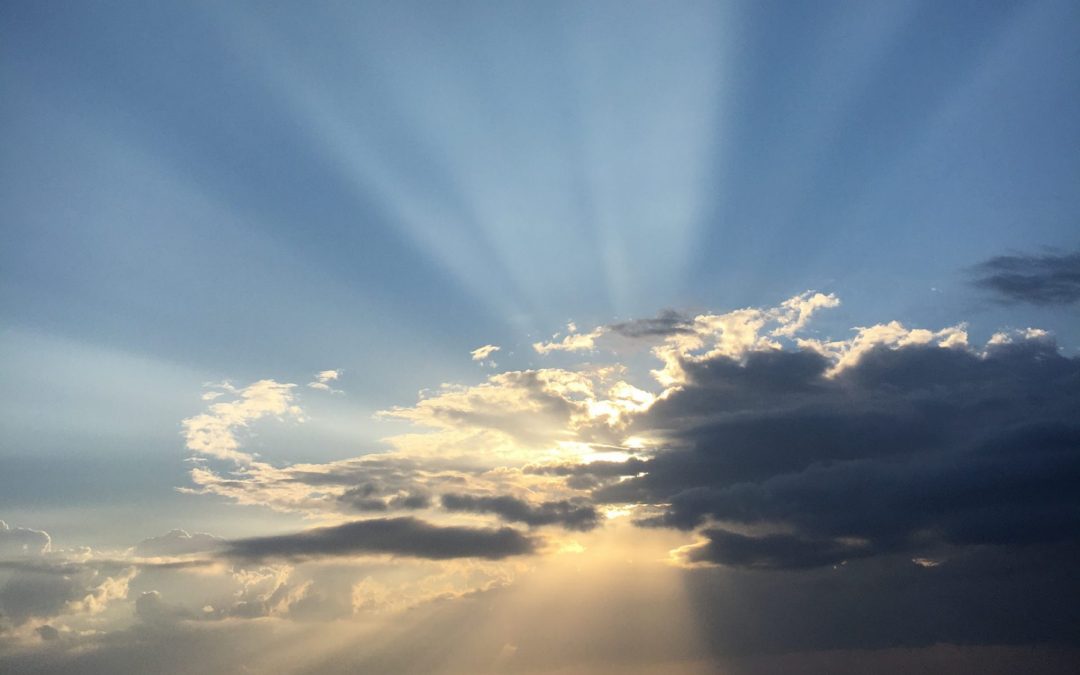 Five months after our daughter was born, my husband (at the time) informed me that he had purchased a business in Lake Tahoe, Nevada and we would be moving there from our home in San Jose, California.

At first, I resisted. Our marriage was already troubled, and I resented having no say in the decision.

But he persuaded me to walk away from an attractive job offer and make the move with him. He promised to buy us a home and agreed that I could stop working to become a full-time mom for our daughter.

This made me financially dependent upon him.

It became quickly apparent this new arrangement would put an even greater strain on our marriage.

For example, my husband gave me a certain amount of cash for groceries each week. But before he replenished the food-shopping fund, he wanted to see my receipts. He asked for a full accounting of my purchases. The story I began to believe was that I was untrustworthy and undeserving when it came to money.

Even though we could afford it, he would not agree to spend money on home decor. The 2000 square foot house we’d (he’d) purchased was sparsely furnished. There were no accessories and very little art on the walls. I had to fight feelings of shame when people visited because I was embarrassed by the unfinished look. It never felt like a home to me.

Counseling, talking, negotiating, fighting – none of that helped.

By the time my daughter was two years old, friends who had known me for years told me they were concerned about me. They said I had changed, that I had lost my spark and seemed depressed.

The woman who, before marrying this man, had successfully created, sold, and implemented personal development programs to many of the top Silicon Valley companies, who had managed those accounts and supervised a staff of professionals – that same woman was now questioning who she was and allowing herself to be controlled by and dependent upon her husband.

How did I let myself get to this place?

As a life story writing coach, I know sometimes there are periods in our lives that are difficult to explain. When we can’t remember exactly what was going on at the time, the best we can do is look back with compassion and kindness for the person we were.

But often more clarity comes when we write the story down, and it did for me in this instance. As I wrote, I started to remember…

At the time he entered my life, I was recovering from a broken heart, I was burnt out from working too hard, and I wanted to be saved.

There were warning signs from the beginning, but I chose to ignore them. I believed I could turn him into the man I wanted him to be.

By the time it became clear that this marriage was a mistake, we had a daughter, I had given up my career, and I felt trapped.

So I stayed, and I went along with his “rules.”

When our daughter was three, my husband let me know he expected me to go back to work. I never thought to challenge him. I found a loving woman to care for our child, and I started working part-time in my husband’s business. But I did not feel valued, effective, or comfortable there, which added to my depression.

One day it dawned on me that perhaps there was another option. And in that magical way the Universe opens up, I found my other option immediately after having that epiphany.

In the classified ads of the Lake Tahoe daily newspaper was a job listing for a part-time academic counselor at the local community college. (This was back in 1991 when that newspaper was pretty much the only place to look). The pay was good, and the position sounded right up my alley. I sent my application and resume the next day. Within weeks I was hired, and a new career began.

Six months later, I filed for divorce. With the emotional support of my family and loving women friends, I began to rebuild my life and my self-esteem.

I have told that story enough times to convince myself and others that my former husband was the villain, and I was the victim.

But the Journey to Legacy method of life story writing has changed how I look at my past and how I want to tell my stories – to see my life from a more empowered place. That requires taking personal responsibility for my choices and my actions. It means appreciating that my experiences, whether positive or negative, have made me who I am today. So, I can let go of my regrets and shame. It also invites me to widen my perspective, to put myself in the shoes of others in my stories. I can let go of blame and have more compassion – both for myself and for others.

Looking back in time through the lens of wisdom and experience gives me insight into who I was and reminds me how far I’ve come on my journey, and how much clearer I am about who I am and who I want to be.

I don’t know what was going through his mind, but if I imagine being in my former husband’s shoes, perhaps he had his own insecurities. What if he sensed that I loved him for what he could provide instead of who he was as a person? If so, it’s not surprising he felt protective of his assets.

As I write my story, I feel sad for the lost person I was at that time. But instead of writing that my former husband was controlling and uncaring, instead of beating myself up for not being honest with myself or with him, I now see the many blessings and the wisdom that came out of that marriage.

When we take responsibility for our part of the story, when we choose compassion over guilt, blame, and shame, life story writing can lead to healing within and strengthen us in the present and in the future.

Writing this story freed me from the role of victim. It got me to stop pointing fingers, and helped me see what needed to change within me if I wanted a healthy, honest, loving relationship.

So, why am I sharing this with you?

Because I want you to know that if you have a story that weighs you down, a story you’ve told over and over again; a story with a villain and you as the victim…

It’s possible to shift the narrative you have about your story into a more empowered version.

It’s possible to find the silver lining in that story.

And doing so can set you free, bring self-awareness, and help you let go of anger and resentment…

That’s what Journey to Legacy is all about.