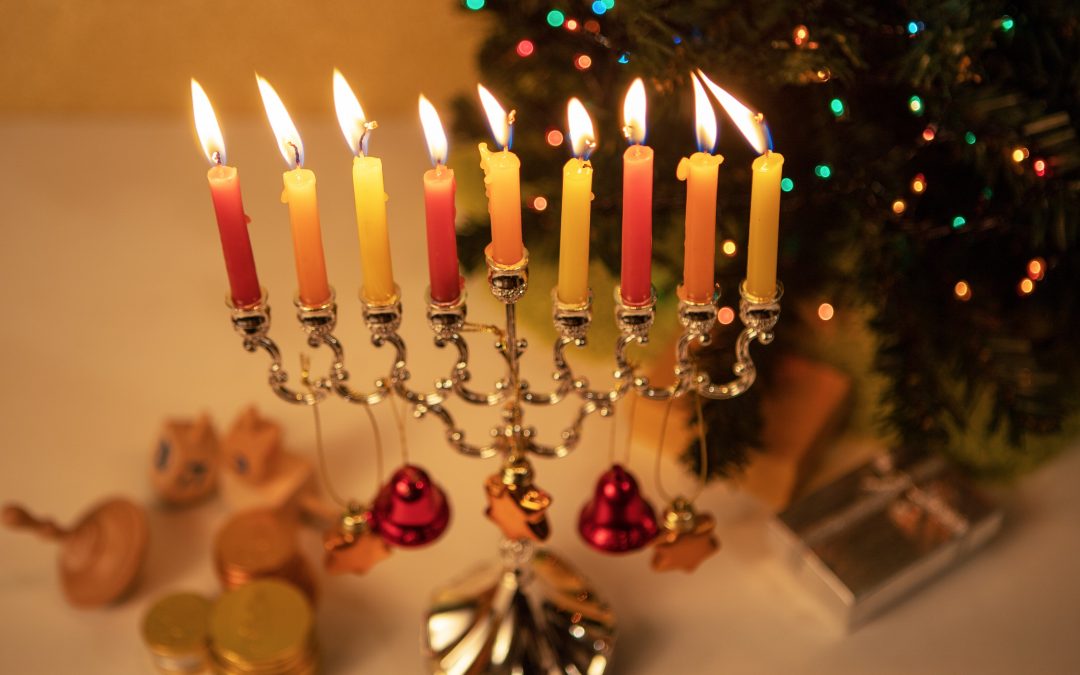 One of my favorite holiday memories from when I was a young girl is going downtown to shop for gifts. Each year, my mom, older sister, and I would get dressed up, make the 20-minute drive downtown, park in a parking garage, and head straight to Thalhimers, the 6-story department store that was an icon in my hometown of Richmond, Virginia.

In December, Thalhimers always featured beautiful window displays, with animated scenes that gave a glimpse into yesteryear. Inside, it sparkled with festivity and magic. My mom would lead us around the store to pick out presents for our relatives, and as part of the annual ritual, she would treat us to lunch at the Richmond Room, a popular and luxurious restaurant within Thalhimers.

Shopping for the holidays.

When I was 11 years old, my girlfriend, Marsha, invited me to go holiday shopping downtown with her to buy gifts for our friends at school. The thought of participating in this ritual without my mother and sister evoked a feeling of freedom and independence. I rushed to my mom, begging her to say yes.

It was a time when children were not heavily supervised and the world felt safer. My mom acquiesced, although I imagine she was a little sad to have our mother/daughter tradition brought to an end sooner than expected.

On that highly anticipated day, Marcia and I took the bus downtown. I held tightly to my little pocketbook, feeling rich and self-satisfied with the 15 dollars of saved allowance it held. Instead of a 20-minute car drive, we had a full hour of stops and starts during which our impatience and excitement built.

We were bundled up in our wool dress coats, patent leather shoes, hats, and gloves as we descended the bus and crossed Broad Street toward Thalhimers. We stood mesmerized in front of the beautiful window displays until we were so chilled we needed to start shopping to get warmed up.

As usual, Thalhimers was elegant and festive inside. At the same time, it was confusing without my mother’s leadership. I looked at table after table of exquisite merchandise, noticed the price tags, and quickly realized my budget wasn’t a match for my taste.

Learning to navigate the holiday season.

Marsha and I took the escalator up to the second floor, and I could feel the overwhelming building as we ascended. We wandered around this upper level in a trance-like state, and it was obvious that Marsha didn’t know how to navigate the situation any better than I did. I leaned over and whispered, “Do you want to go to Woolworths?” Yes! my friend said without hesitation.

Christmas music played as we entered the hallowed halls of Woolworths, the five-and-dime store that was more in my league. A few big wreaths were hanging from the ceiling, but it was clear we weren’t in Thalhimers anymore. Still, it was familiar and comfortable in a way that an 11year-old with a limited budget could appreciate.

It didn’t take me long to find what I considered the perfect gift: the Life Saver Candy Gift box. The one with a decorative cover that made it look like a present; the one that opened like a book with 6 different flavors nestled into a side or “page.” I counted and recounted the number of friends on my gift list. I didn’t want to forget anyone. Eight gift boxes altogether. I put them in my basket. Then I found talcum powder for my mom, a paperweight for my dad, a 45-vinyl record for my sister (“I Want To Hold Your Hand” by the Beatles), and I was ready to call it a day.

Marcia wasn’t as decisive, so while she continued to shop, I moseyed around the store. I still had a small amount of cash left, but it wasn’t burning a hole in my pocketbook. I figured I could use it for something else at another time.

Until something caught my eye.

Now, for most people who celebrate Christmas, this wouldn’t have been a big deal. But for me, who grew up in a Jewish home, who each year drooled longingly over the glorious trees and decorations in my friends’ homes, and who never even thought it was an option to have a tree of my own, this discovery felt revolutionary. I knew this little Christmas tree held the key to bringing joy and magic to the holidays, and to turn my family into a happy one.

I honestly don’t remember what was happening in my head when I purchased that tree. Did I think I could convince my parents that having a tree didn’t mean forsaking our Jewish heritage? Did I even question whether they would allow me to display the tree on our fireplace hearth? And, did I think the mere presence of this tree would make Christmas presents appear under it on Christmas day?

All I remember is that I wanted that tree. I didn’t think through or even worry about how I was going to get it home. As it turned out, getting on the bus, weighted down with about 8 pounds of Life Saver candies and a bulky 3-foot, plastic Christmas tree, was a little tricky.

I remember hearing my mom tell the story of seeing me walking home from the bus stop, not recognizing me at first as I tried to peek around a tree that wasn’t much smaller than I was.

And on Christmas Eve, my parents let me set it up. Somehow, strands of tinsel and a string of colored lights also made their way to that tree, and I’m guessing it was my dad who snuck them in. On Christmas Day, a few presents even showed up under that little tree.

I know it wasn’t easy for my parents to go along with my renegade Christmas. I remember my mom jokingly said she felt embarrassed when her older brother dropped by on Christmas Day and worried that he judged her for allowing me to “celebrate” in this way. But I don’t recall ever feeling ashamed or guilty for what I had done, which is certainly to her credit. I don’t recall her trying to talk me out of it. I was a strong-willed child, and perhaps it was easier to just give in. I’d like to think she admired my initiative and determination about it all.

In reflection, I feel appreciation for both of my parents, who supported my impulsive Christmas tree purchase when they could have said no. Most of my memories of my parents, particularly of my dad, are tainted with an underlying belief that they never really saw me. But this Christmas memory is healing, as it reminds me that while they may not have understood me, they did their best to let me be me.

And as I look back now, I feel a great deal of compassion for myself as an innocent little girl who believed she was missing out on something and could fill the gap with a small plastic Christmas tree.

Of course, that little Christmas tree never brought the level of magic into my home that I sought. The rest of my family didn’t all of a sudden start doing what I imagined families with Christmas trees did – joyfully sit around the fire and sing Christmas carols in a house they had decorated together. It didn’t pull my dad away from his desk in the bedroom, my mother from her phone calls with friends, or my sister from her books so that we could all play games together and laugh. It didn’t make me feel any less of an outsider in my own home.

But it does serve as a reminder of what I can appreciate – both about myself and my parents. That I have, since a young age, gone after what I wanted; and while most of the time my parents didn’t have a clue how to deal with me, they did their best to support my hopes and dreams.